HomeAdvertising & MarketingGet the low down on Director Trevor Larkins

Get the low down on Director Trevor Larkins 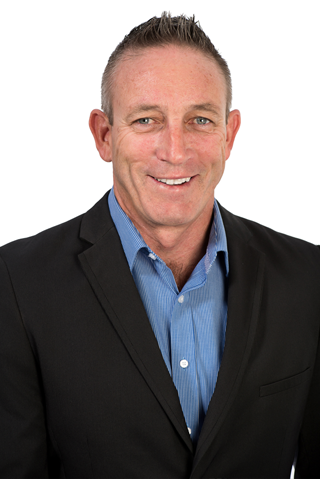 Trevor was born in his father’s home town of Colac in regional Victoria and like so many country towns, football was a way of life.

His father played for Geelong in VFL back in the 1950s and narrowly missed out on playing in a premiership team while his mother was also a very keen tennis player. The family moved from Colac to Swan Hill after Trevor was born, which is where Trevor’s football career began. He started playing when he was 6 years old for Swan Hill juniors St Mary’s School Team and then progressed on to Swan Hill under 17s before playing in the senior team.

Despite wanting to be a PE teaching Trevor ended up doing an apprenticeship as a carpenter and during this time he was scouted by Richmond and Collingwood. He eventually chose to play for Richmond as they continued to show the most interest.

He played for Richmond for 2 years, which included 8 senior games and approximately 30 reserve games. After his time with Richmond he was recruited by West Adelaide where he played a further 100 senior games over four seasons.

During his time with West Adelaide, Trev was asked to help with events and marketing activities as he lived with the marketing manager (Vic Wood) of West Adelaide. This began to spark his interest in working in media.

After Trevor finished playing league level football, he was offered a coaching role in Mildura, so he relocated to North West Victoria. This is where he met his wife Sharon. Trev stayed in coaching roles for 14 years, during which time he was offered his first media job in 1997 at WIN TV. He was initially employed in a sales role, and after 12 months was promoted to General Manager. He stayed with WIN TV for 4 years, before he and his wife Sharon set up their own Media Buying agency – Clear View Media. They operated Clear View Media for one and a half years before Trevor was approached by Rob Gamble to run 3MA and Star FM. Sharon continued to run Clear View Media, and Trevor became General Manager of both radio stations.

Trevor stayed with 3MA and Star FM for 5 years, until he and his family decided they need a lifestyle change and to further their business opportunities. Based on previous holiday experiences and friends who had also made the move, they decided to relocate to Sunshine Coast and reignite Clear View Media.

Rick Chapman and Rob Gamble were now both located on the Sunshine Coast and the three of them began discussing starting an agency together with Roger Delaney who Trevor knew through football. In 2011, Sunny Media was formed. 7 years later Trevor still takes a great deal of pride in having his own advertising agency with his fellow directors. He finds it very satisfying and exciting. “To say we have formed a strong mateship along the way is always a great reward’’. He believes they haven’t reached where they want to be yet, but hope to achieve this in the next few years.

Trevor believes that having a personal relationship with clients is key to being successful in media buying. He believes that relationships are a big part of business and attributes his success to referrals that have become friends as well as clients. His advice to those looking to get into media is to find an area that you are really interested in and start there first, as opposed to starting elsewhere and getting pigeon holed. He lives by the motto ‘Never be scared to have a go!’

Outside of Sunny Media and media buying, Trevor has coached junior football at Maroochy Roos AFL club and has also been a volunteer coach for Sunshine Coast Rep teams for 10 years. Trevor has always had a strong sense of developing junior AFL players and in a 5 year period from 1994 to 2000 six kids he has coached have been drafted to the AFL. This gives him an awesome amount of pride. He has also worked with a couple of young players who have now been drafted to the Brisbane Lions.

He is also very keen on bike riding which he does 3 times a week with a group of friends – including some clients.

On the weekends you will find him watching his son Jai who plays seniors for Sandgate in QAFL. Trevor is very proud of Jai, who undertook a preseason in Victoria with the Bendigo Pioneers in the prestigious TAC cup which is the elite under 18 competition in Australia.

Trevor and Sharon also have another two children who are their pride and joy – Junior and Lilly. Junior a Cavalier King Charles who runs the house and Lilly a White Sheppard, who keeps everybody in line.

Trevor is a very upbeat and jovial character who ensures QA is a friendly and enjoyable place to work. He makes sure we are always caffeinated and loves to make us laugh. QA wouldn’t be the same without him.