HomePress AdvertisingNewspapers continue to decline but Magazines could be making a comeback!

Newspapers continue to decline but Magazines could be making a comeback!

Latest results from Roy Morgan Research have revealed that major newsprint readership is continuing to decline.

Other major newsprint publications around Australia including Sydney Morning Herald, Courier Mail, Adelaide Advertiser, West Australian and Northern Territory News have all shown declines in readership from 2015 to 2016, which has been a continuing trend for these publications over the last few years.

With many people now consuming their news online via electronic devices, we are seeing an increase in paywall subscription based access to certain content online. There is nothing more annoying then reading the headline of an article online then being blocked after you have clicked on it with a prompt to login or subscribe, but does this convince us to subscribe? The latest figures for Newspaper Cross Platform audience levels show that online editions have a significant audience reach over a 7-day period, The Australian reaches 1,628,000 Australians over the period which would make a print and online campaign quite comparable. However, actual online subscription numbers are not widely reported so it’s hard to tell who is willing to pay for full online access to news which may be freely available on other websites if you search hard enough.

Printed magazines on the other hand, are starting to rise in readership for many major publications which have shown a year on year increase. The best performing categories have been food magazines and titles with quality content including Coles Magazine which has increased 31% since September 2015, also with similar publication Fresh (Woolworths) increasing 25.4%. Other print publications to follow suit are Taste, Recipes+, Australian Geographic, House & Garden, National Geographic and Better Homes and Gardens which have all increased from September 2015 to September 2016. The publications to decline since 2015 have included Women’s Weekly, Women’s Day, New Idea, That’s Life and Take 5. 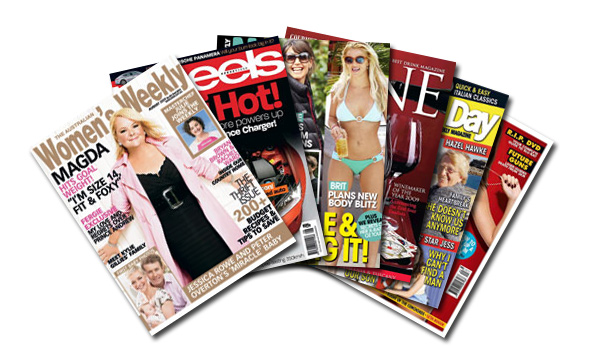 Could the glossy Magazine save newsprint readership?